The next Artist Interview Project installment features artist Michael Boyer. The first part of this post includes a student’s reflective summary. It is followed by a link to the interview itself. 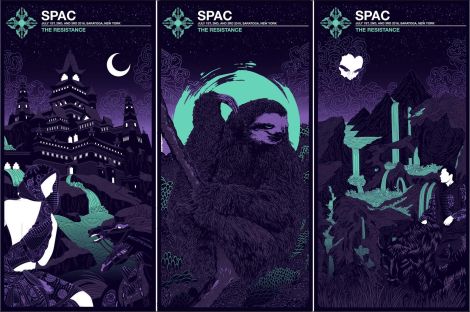 Michael Boyer creates art in a wide range of mediums. Through screen-printing, he makes things such as posters, hats, jerseys, shirts, graphics, and album covers. Boyer’s art is well-known and respected around the Phish community. Additionally, he has screen-printed for String Cheese Incident, Sound Tribe Sector Nine, Yonder Mountain String Band, Conscious Alliance, University of Colorado, Alex Bugusky of Crispin Porter and Bugusky, The Mockingbird Foundation, and many more. His audience ranges from Phish fans to wealthy artwork collectors. Boyer works independently, but has been commissioned to design jerseys and cover art for various individuals and organizations. For instance, the Mockingbird Foundation gave him the chance to design a jersey a couple of years ago with proceeds going to support musical education for children.

To know more about Boyer’s art, you need to know how it’s made and, more specifically, what screen-printing is. Screen-printing is a printing technique whereby a mesh is used to transfer ink onto a substrate, except in areas made impermeable to the ink by a blocking stencil. A blade or squeegee is moved across the screen to fill the open mesh apertures with ink, and a reverse stroke then causes the screen to touch the substrate momentarily along a line of contact. This process is how Boyer makes most of his artwork.

Many of Boyer’s products are inexpensive, even though each poster is made using screen printing. (A machine may cost up to $2,000, not including material such as the fabric or the ink.) However, the most expensive pieces of art that he sells are handmade wire-wrapped jewelry. He uses real stones in all of his pieces, designs the pendants, and makes each one himself. You can purchase his jewelry through his online store at boyerart.com. 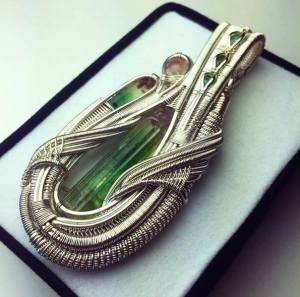 What makes Boyer’s art unique is that it captures the essence of Phish and transforms it into a physical object like a hat or jersey. His artistic talent and style are striking; I have never seen anything like his posters or jewelry. The majority of Boyer’s Phish art is in the form of screen-printed posters. My favorite poster of his is New Years 2015-2016 New York Poster. It’s an 18 inch by 24 inch poster with 5 color print on rainbow foil. Besides the prints’ “aesthetically pleasing quality” as Michael would describe it, it transmits the excitement of a live phish concert to its viewers.

My interview with Michael Boyer revolved mostly around his artwork and the subjects of his artwork. Michael expresses his love for Phish through his artistic creations. However, his artwork isn’t just about trying to make something beautiful. To quote Michael Boyer:

Not only are works of art aesthetically pleasing to the eye, but it also causes a metaphysical feeling, joy for instance, and that emotion becomes linked to what the narrative and the art is saying, all in order to create an emotional attachment.

According to Bicknell, the experiences individuals have to music are as varied as the listeners themselves. This is because, she argues, “Background, life situations, and personality influence the emotions, and sometimes, physical responses that the listeners have” (Bicknell, 35). However, the experiences of Phish phans run counter to Bicknell’s description of the subjectivity of music. As Boyer explains, the differences between phans disappear during live concerts. “Phish,” he says, “is a great equalizer…especially at performances.” The crowd experiences powerful, explosive emotions in unison, resulting in a strong bond between phans. 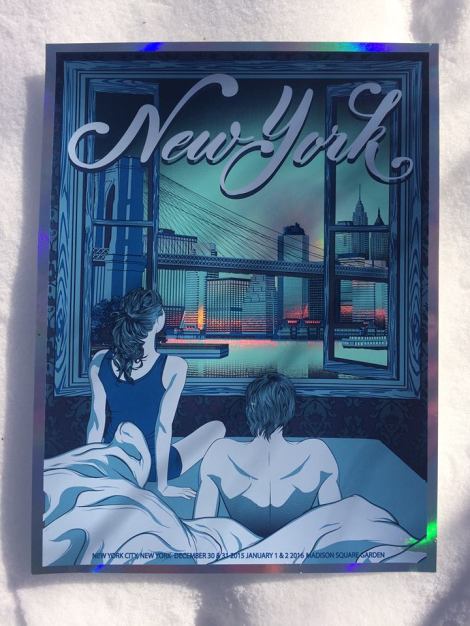 In his article, “The Everyday Miracle of the Occasional Community,” philosopher John Drabinksi argues that the Grateful Dead parking lot scene is an example of an “occasional community.” While Phish phans share a similar culture as the Grateful Dead, the community they have built is far from occasional. Online message boards, social media, and fan-produced art continue the feelings and connections that are shared at live concerts into everyday life. Michael’s art, for example, commemorates the experiences, feelings, and bonds that emerge from live Phish concerts; it contributes to a larger community that extends beyond the concerts themselves.

Another important aspect of what Jnan Blau terms the “Phish phenomenon” is sharing the “sublime” experience of art. In his Critique of Judgment, philosopher Immanuel Kant defines the sublime as:

a pleasure that only arises indirectly, being brought about by the feeling of a momentary check to the vital forces followed at once by a discharge all the more powerful, and so it is an emotion that seems to be no sport, but dead earnest in the affairs of the imagination.

In the context of music, the sublime is an emotional encounter that is incalculable, undefinable, and awe-inducing. I take what Michael calls “psychedelic” to be similar to Kant’s understanding of the sublime. This sublime experience, in my opinion, is the main aspect that inspires Phish phans to continue going to Phish concerts again and again.

Finally, I would like to thank Michael Boyer for taking 30 minutes out of his day to talk with me. I learned a great deal about him and his work; I hope it shows through my blog post.

These two links will take you directly to the two-part phone interview with the artist Michael Boyer. It’s in two parts because we got accidently disconnected seven minutes into the interview.

With over 110,000 members CashorTrade.org is changing the ticket industry. Join the movement for face value tickets and avoid the scalpers!
This site voluntarily complies with the Phish fan web site policy .
%d bloggers like this: