The next Artist Interview Project installment features artist Sophia Callisto, the creator of the Music Empowering Women project. The first part of this post includes a student’s reflective summary. It is followed by the full interview text.

Find more information about Music Empowering Women on Instagram and Twitter(@sophia_callisto). You can also check out her interview in episode three of the Phemale-Centrics podcast.

I was lucky enough to virtually connect with Sophia Callisto and delve in to the driving force and thinking behind her upcoming project Music Empowering Women: A Photographic Anthology.  The project is a coffee table style book filled with photographs of the women fans of Phish coming together as an empowered community for over 40 styled shoots. Each shoot will be themed after different Phish songs.

The main aspects I wanted to analyze through our interview was the philosophical concept of beauty: what makes something—or someone— beautiful. Callisto’s project brings together a community of women who love the music of Phish in a work of art. In our interview, I discovered that in order to understand how Callisto thinks about beauty, I had to first understand the Phish community and the transformative effect that music has on phans.

Callisto describes a Phish show as a place where concertgoers are free to be themselves, despite their vast social differences. Phish is the only common strand that connects them all together. At concerts, phans are able to break free of judgement, stereotypes, and other societal constructs. The music creates an incredibly close-knit, supportive and diverse community in which phans can escape the pressures of the modern world. Philosopher Kathleen Marie Higgins describes the transformative qualities of forgetting oneself through musical experience:

Most modern music…helps people to achieve a condition of distraction. [Adorno] defines it, distraction ‘assists in the achievement of most of today’s culture: in preventing people from reflecting on themselves and their world, and in persuading them at the same time that since this world provides such an abundance of enjoyable things it must be in good shape (Higgins, 124).

In our interview, Callisto mirrors this same concept in her own words. She explains, “We live in a society where there is a lot of judgement and stereotyping that happens every single second of every single day, but I think we feel more free of these societal constructs when we are joining together around Phish.”

Callisto understands beauty as an attribute beyond physical appearance; for her, beauty is being confident and comfortable in one’s own skin. It is characterized by individuality, uniqueness, and un-conventionalism. In today’s society, there are so many expectations of how we should look, act, think, and behave, especially for women. Being able to take control and break away from those expectations and to embrace your true self certainly would be empowering.

The most beautiful thing about this project is that Callisto is not just photographing women who are empowered or using visual aids or representations to make them seem more so. Rather she is actually empowering them by making them feel comfortable in their own skin and bringing them out of their shells throughout the duration of her shoots. She describes a process of “letting go” that she witnesses with each of her models.

The communal experience that makes up what Jnan Blau calls the “Phish phenomenon” is a religious experience for Callisto. She compares attending Phish concerts to going to church. Of course, this wasn’t the first time that I’ve heard listening to Phish compared to a religious experience by a phan. Sharing this type of meaningful experience is probably one of the major reasons that this community is connected on such a deep level. Through her project, Music Empowering Women, Callisto pays tribute to the feelings of safety, comfort, protection and belonging that she associates with the rituals of attending a Phish concert. 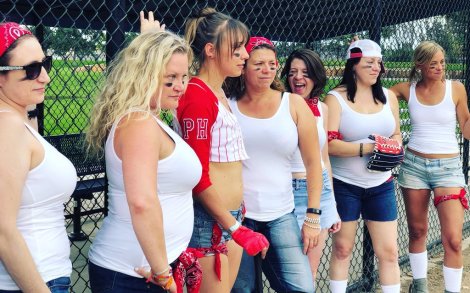 What do you think it is about the Phish community that makes it so supportive?
I think, ultimately, it is a place where people feel free because it is truly such a diverse community. We live in a society where there is a lot of judgement and stereotyping that happens every single second of every single day, but I think we feel more free of these societal constructs when we are joining together around Phish. Each and every person is having a deep personal connection with this music, in particular, versus some other music, and I think realizing that you are amongst people who relate to that lets you feel like you can let go of a lot of things. That freedom may be different for each of us on a personal level, but that connection is what builds the support network in this community. It is the basis of this community, all feeling so deeply connected to the same thing for whatever reason we have all been brought here.

What do you think makes Phish Phans different than other musical artist fans?
This ties so directly into the previous question. Not all music lovers are part of such a strong community and I think that is the primary thing that sets Phish and their fans apart from other musical artists and fans. I think a part of the difference is that Phish themselves and those closest to them have chosen to be a part of the community that has grown around their music. People really come together surrounding this music and create a family. It’s way more than just going to concert.

Can you describe how you feel when you’re listening to Phish music? Does a song trigger a stronger emotional response than the others? Why?
Listening to Phish is, for me, like I imagine some would describe going to church. It can be a feeling of deep connection. A feeling of release. Even a feeling of safety and comfort and protection. Really, it is many things and I think those emotional responses are always present but can be very different, even each time you may listen to a particular song.

In your opinion, what is it about “being sexy” that makes women feel/seem empowered? Do you think this opinion is widely held?
Yes, I absolutely do believe that this opinion is widely held and I believe that is, in part, due to society placing the ideals and standards on women that they do. However, with that said, I also believe it is in our nature to want to feel beautiful and powerful, which, in my opinion, is what “sexy” is. The problem with the idea of being sexy is that we look at that within the constructs of society and attach it to something very physical. Part of the idea behind my project is to break out of those constructs and help show that being sexy isn’t a certain look, it’s a feeling.

Which is your favorite Phish song concept that your most excited to photograph? Why?
I don’t necessarily have a favorite song concept (or other concept) that I am the MOST excited to photograph because I truly can’t wait to shoot all of them. However, I am looking forward to doing shoots for the Gamehenge characters, one of which will be happening next week during Curveball. I think it is because these are some of the more wildly artistic concepts. The first shoot we did for the project was based on Sand and it was incredible to see how it came to life. It was amazing to see the progression from a paper outline to the final images. I think I will be just as excited to see each theme come to life in this way.

Why use Phish as the theme for women’s empowerment in your photographic anthology?
Precisely because this is the common thread in such a diverse group of people. No matter where each of these women comes from, what they do for a living, what political party they affiliate with, what their beliefs are, they all share a commonality and that is Phish. Becoming a part of this community has done so much for me, personally, in terms of empowerment. The Phish fan community has not always had such a female presence. It is so strong right now and that’s how I started on this project, wanting to showcase the strong female community that I am a part of.

Since photography and make up artistry are visual arts, how does one visually portray empowerment?
I don’t know. Honestly, that’s the answer. I don’t know how one visually portrays empowerment. But I do know when I’ve captured it. It is something that you can see. Not just imagine, but physically see. And to everyone looking in on this project from outside, for now, all I can say is just wait because you’ll see it too.

In your own words what does empowerment feel like? What triggers this feeling?
I imagine it feels different for everyone, but I think release plays a huge role in this. Letting go of what you THINK empowerment is and just simply being empowered. I am working with around 150 women for this project and they are all very different. As such, what holds them back is probably equally as different as they are themselves. What triggers a feeling of empowerment in one may not be what triggers it in another. The most beautiful part of this is witnessing it happen with every single photo shoot. Whether a person begins confident or hesitant, you witness a transformation as the process of each shoot happen. Many of them say they’re being pushed out of their comfort zone, but I don’t see it that way. I see empowerment as being pushed into your comfort zone. 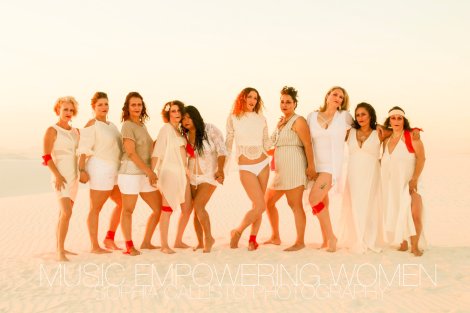 With over 110,000 members CashorTrade.org is changing the ticket industry. Join the movement for face value tickets and avoid the scalpers!
Join 110 other subscribers
This site voluntarily complies with the Phish fan web site policy .
Loading Comments...
%d bloggers like this: